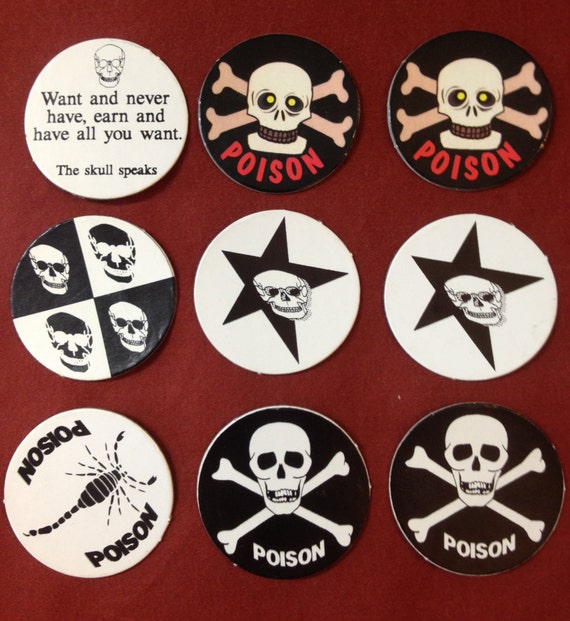 Before we had smart phones, iphones, and tablets, to keep our young ones entertained, kids that grew up in the 1990’s were playing an entertaining game of taking a plastic or metal round coin, oversized, and throwing it down onto an overturned stack of cardboard circles with symbols and pictures on them. This was the POG era.

Every day, before class began, my classmates and I would take our long plastic tube out of our bags, look through what we had, and challenge people according to how good our assortment was. It’s kinda like the modern day fad of “Magic.” People build a deck, and challenge people based off that deck and how good their cards are. Basically, there were three types of Pogs that were considered good ones. These are pictured above (poison, yin-yang, and 8-ball). In 5th grade, our teacher put together a Pog tournament and I reached the finals (I must have been lucky, because I wasn’t real good). If you didn’t have real good Pogs, like the above listed, then you could always play against someone for ‘sucky’ ones.

Looking back on it, the Pogs that were considered good ones are probably not worth a dime, and the ones that had pictures of athletes or famous things may actually be valuable. Eventually, for reasons I am unsure of, the school finally banned us from playing them, and basically squashed the whole fad as far as we were concerned (in my small Northwest Arkansas school). In all honesty, upon research, the game of milkcaps is where Pogs originated and it may be as old as the 1920’s, but no doubt the most popular time for this game was a wave of 90’s kids who didn’t have cell-phones to keep us busy.

There is no doubt that social media has an effect on our world. No-one disputes that. Howe…

These guys always impress. Every time they release something new, we’re taken aback by …